Please welcome Julianne Snow to Bang Noir! I am very grateful that she has come here to share with us her first novel DAYS WITH THE UNDEAD. Go check her out!! and buy her book, it's great!!

About the Author - Julianne Snow 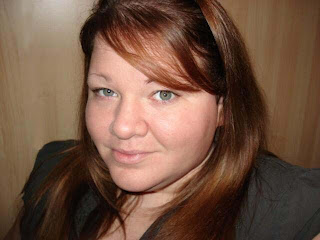 It was while watching Romero's Night of the Living Dead at the tender age of 6 that solidified Julianne’s respect of the Undead. Since that day, she has been preparing herself for the (inevitable) Zombie Apocalypse. While classically trained in all of the ways to defend herself, she took up writing in order to process the desire she now covets; to bestow a second and final death upon the Undead.
As the only girl growing up in a family with four children in the Canadian countryside, Julianne needed some form of escape. Her choice was the imaginations of others which only fostered the vibrancy of her own. The horror and forensic/crime thriller genres top her list of favourites, but she can never turn down a good science fiction, fantasy or mystery read.
Julianne appears in the anthology Women of the Living Dead with a story entitled The Living Dead at Penderghast Manor. Look for her short stories in future anthologies. Days with the Undead: Book One is her first full-length book, the basis of which can be found in her popular web serial of the same name. 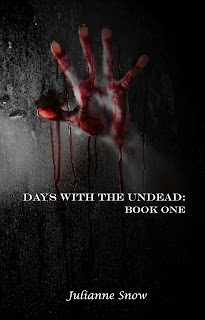 Days with the Undead: Book One Synopsis:

It’s a journal of survival.

Five people set out to escape the Undead who have risen too close to home. Join the emotional and physical struggle as they began on the third day after the awakening of Brooks VanReit, as they are recorded from the point of view of Julie, a former pathologist and part-time survivalist.
Each entry is geared toward helping those who want to help themselves and maybe give a few that don’t a swift kick in the ass. Join our group of survivors on their journey through these Days with the Undead.

Bang Noir has been one of my go-to blogs for quite some time so imagine my delight in finding out that I would be guesting with the handsome and charming William Butler. William is the author of a great many books, all of which are great – but those of you that follow his blog already know that. Taking into account the fact that I have been influenced by many of the Indie authors that I now call friends, I took a look into my past and remembered…

I have been a fan of horror since the first moment that I can remember. Books, films - you name it and I will find a way to read it or watch it. I love the momentary feeling that being frightened creates within my body. Ruminating on this topic, I can’t help but remember back to those first books that helped to cement my love of the genre.

The first horror story that I ever read was The Mist by Stephen King. I was around eight years old at the time and I remember being scared by that ominous fog that rolled in. Sometime in the next few days, a layer of light fog rolled over the landscape outside of my window and I can remember the feeling of dread that overcame me. Luckily, it passed without incident.

After reading The Mist, I recall asking my elementary school librarian, Mr. Connor, at the age of ten if there was anything that he could recommend for me. I had spent the previous few years reading my brother’s Stephen King novels and my mother’s Robin Cook books so I was looking for something new. My elementary school only went as high as grade six at the time, so it’s understandable that there were limited offerings from Scholastic available.

Some might look at what followed as an interesting reaction to a ten year old’s request to stock horror stories, but Mr. Connor ordered one per month for the school library. Whether it was his desire to foster my love of reading or a twisted way to suss out my limitations for horror, none of it really mattered. I was going to get access to new and exciting reads.

The first book that came in was Slumber Party by Christopher Pike. Admittedly it was Young Adult Horror and I was used to reading the full-fledged freak outs, but I devoured it! I took it home on a Friday and by the time I brought it back the following Monday, I had read it three times. That was the only drawback to being a fast reader – I’d have nothing else to read until the next Scholastic order came in…

After devouring Slumber Party, Mr. Connor tried to push Roald Dahl’s The Witches at me and while it was a good book, it was something I had already read. Knowing that I was unlikely to get any new or gratifying horror reads from my school library, I talked my mother into taking me to my local public library for some time among the stacks.

Now of course I had been there before and mainly it was to get additional works by King and Cook but admittedly, there were things in these books that had gone over my head the first time I had read them. Reading them again in adulthood has straightened quite a few of those things out. Discovering an author who wrote horror geared a little more toward my current age was like Christmas! As I scoured the racks for more by Christopher Pike, I found titles like Chain Letter, Gimme a Kiss and The Party. It was only a few titles at the time, but I had certainly found something new that I could really get into.

Quite by chance, I happened to glance up at the end of the bookshelves as I was preparing to leave with my new finds and discovered that the librarians had made finding new authors a little easier. Listed on pages of letter-sized paper were recommendations for other authors based on who you already enjoyed. That list held a few names but those names I would become very familiar with: Dean Koontz, Caroline B. Cooney and Richie Tankersley Cusick. I would have to say that Pike and Koontz along with King and Cook kept me quite busy. I was a voracious reader and would pretty much read anything that struck my fancy. Along with horror, I was reading a lot of science fiction mainly from Ray Bradbury, James Herbert and Jack Finney. It was a time of literary exploration and I enjoyed each and every minute of it.

If you’re interested in reading the posts and interviews that have made up the beginning of my Days with the Undead: Book One tour, you can mosey on over to The Sirens Call and check them out!

It was while watching Romero's Night of the Living Dead at the tender age of 6 that solidified Julianne’s respect of the Undead. Since that day, she has been preparing herself for the (inevitable) Zombie Apocalypse. While classically trained in all of the ways to defend herself, she took up writing in order to process the desire she now covets; to bestow a second and final death upon the Undead. As the only girl growing up in a family with four children in the Canadian countryside, Julianne needed some form of escape. Her choice was the imaginations of others which only fostered the vibrancy of her own.

Days with the Undead: Book One is her first full-length book, the basis of which can be found in her popular web serial of the same name. You can find Julianne’s The Living Dead of Penderghast Manor in the anthology Women of the Living Dead and an upcoming story in Sirens Call Publications first anthology Childhood Nightmares: Under The Bed.