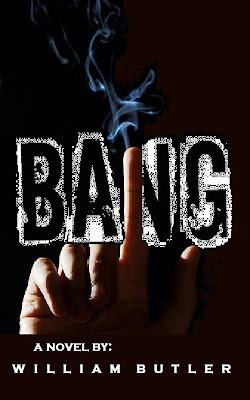 
Tim Jones had everything planned out. He was going to tell his wife, Shelley, that he still loved her. He didn't care if she cheated on him with his best friend, Frank. He wanted Shelley back and was ready to move on. That was until someone shot him...


"AN INTERESTING READ! A TWISTED TALE OF FATE,ADULTERY,ROMANCE AND MURDER!!" -April Renn (My Book Addiction and More)


"Leaves you hanging till the very end!" -D.A. Roberts (Author) 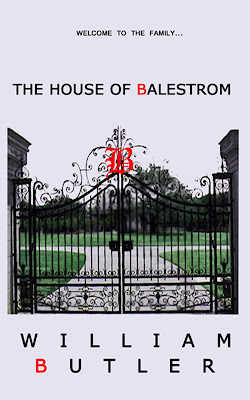 THE HOUSE OF BALESTROM By William Butler

A new suspense novel by the author who brought you BANG.

Two sisters...One who marries for love...the other marries into...THE HOUSE OF BALESTROM. When Susan's husband, Victor Balestrom, dies in a mysterious and tragic accident, Susan is suspected of murdering him. With the Balestrom family, manipulated by Camille Balestrom, pointing fingers. Susan calls on her sister, Sara and her husband David to come to the private island owned by the Balestrom family to be by her side during this tragic moment in her life.
But Sara and David's visit become twisted and manipulated by someone in the family, who not only want Susan to pay for her crimes, but want revenge as well.
Will Sara discover who is behind everything before it is too late? Who is the mysterious man roaming the island grounds--the man terrorizing Sara at every turn? Secrets are abound and will be revealed all the way to its tragic end.

"One woman will never be the same, others will face an ending that only author William Butler can create with so many twists, unexpected events keeping you in suspense, even with the dramatic ending to this outstanding novel." -- Fran Lewis (Author, "Bertha Speaks Out")

"This is a fast paced story that will have you yearning for more. It has twists and turns you NEVER see coming and a surprise ending that will leave you in awe." --April Renn (My Book Addiction and More)

"No character is left unscathed as the eccentric family members' secrets are peeled back revealing their dark history and darker plans for each other. Butler delivers again with an unpredictable ride that doesn't follow typical clichés of the wealthy dysfunctional family. Five stars!" -- C.C. Cole (Author, Children of Discord)

TIME OF THE SEASON
BY WILLIAM BUTLER
A Plot to steal 10 million dollars. A man down on his luck. A woman with a plan. A lethal affair that could only end badly.
Ben Lyons is down on his luck, but his luck changes when he meets Lauren Tinsdale, the wife of loan shark and former boxer Freddy "The Beef" Tinsdale. Seduced by Lauren, Ben finds himself caught up in her plan to steal a large sum of money and then skip town. But is that all Lauren wants from Ben? Or does she have another plan...one that involves taking her husbands life?


"A Very Engaging Read!!" --Julianne Snow (Author of "Days With The Undead") 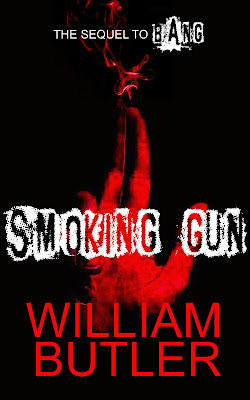 SMOKING GUN
THE SEQUEL TO BANG
BOOK TWO IN THE BANG TRILOGY!

LIES, SEX, DECEPTION and MURDER all come into play in this twisted sequel to William Butler's BANG. Claire Newman is at it again as she manipulates Tim Jones and a few new facesinto her web of deceit. As for Tim, he has his own problems. With a fragmented memory, he sets out to forget the past and work on his future with a new relationship. But not even Claire will let Tim forget that faithful night he was shot. With twisted lies and truths twisted Claire won't rest until she has what she's set out to do...and the results could spell DEATH for a lot of people. 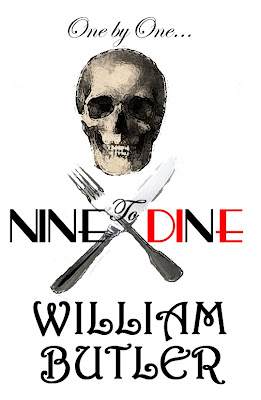 In the tradition of Agatha Christie's And Then There Were None, comes...Nine to Dine!

Eight people are invited to a relaxing weekend. Ten people with secrets they want to keep hidden. A deadly game that only one person can win.
Ripley Luder is throwing a weekend getaway for eight close friends. He has promised relaxation, good food and killer entertainment. When Ripley tells his guests that one of them will murder him, everything changes. Each guest is given an envelope with another guest's secret and the location of forty million dollars, that is hidden somewhere in the house.
Only when they wake the next day and find their host dead, they start suspect each other of his murder! And eventually one by one they will fall...