Posted by Unknown at 3:12 PM No comments:

A teaser for my next novel... 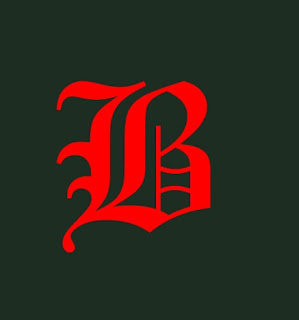 Something just for you!!!! A teaser for my new novel "The House of Balestrom" coming soon.
XO
Be patient there will be more to follow...
Posted by Unknown at 7:53 PM No comments:

Email ThisBlogThis!Share to TwitterShare to FacebookShare to Pinterest
Labels: B, new novel, teaser, The House of Balestrom, William Butler

Posted by Unknown at 7:02 PM No comments:

And request me as a friend either on Bang Noir's facebook or my own. Keep up to date on what I'm reading and what I'm releasing next.
I have some fun things in store for you...starting with my next book, a new short story release and the new promo trailer and cover reveal of my next novel.
Don't be caught out of the loop.
Will
Posted by Unknown at 7:17 PM No comments:

January 8, 2011
Reviewer: A reader from NC USA
Bang like the title says, starts off that way--with a bang. Its a thrill ride of twists and turns that have you guessing who shot Tim Jones! Was it his wife and her lover (his best friend), or someone else.
What I liked about this novel was the fact that the author has a way of telling a bold story while giving you suspense and thrills. I recommend this ebook or even paperback version which is on Amazon to everyone. It's an amazing story, a thriller, a juicy drama!! I'll be looking for more from this author. He also has a few short stories available as well--The Get Back, I'll Make You Remember Me and The Visit...check those out as well.
Now remember you can get BANG on Amazon.com in paperback as well as for the kindle.  It will be in paperback at Barnes and Noble very soon but its already available on the Nook.
Or you can always go to Smashwords.com and get BANG in multiple ebook formats.
Posted by Unknown at 2:41 PM No comments:

Posted by Unknown at 7:49 PM No comments:

Local Writer, William Butler, Debuts Novel - Raleigh Pop Culture | Examiner.com
Here is the first review of BANG!! Go check it out...
"A local writer, William Butler, has just released his debut novel, Bang. William Butler’s noir fiction novel follows numerous characters lives after the character, Tim, gets shot in the face. First thought a botched suicide, a mystery unravels when it is discovered that someone tried to kill Tim. The suspects are Tim’s own mother, Dina, a chain smoking, aging, alcoholic “cougar” who despises him. Tim’s wife, Shelley, who cheated on Tim with his best friend Frank, who is also a suspect.
Continue reading on Examiner.com: Local Writer, William Butler, Debuts Novel - Raleigh Pop Culture | Examiner.com http://www.examiner.com/pop-culture-in-raleigh/local-writer-william-butler-debuts-novel#ixzz1AnnMTw9m
Posted by Unknown at 11:04 PM No comments: 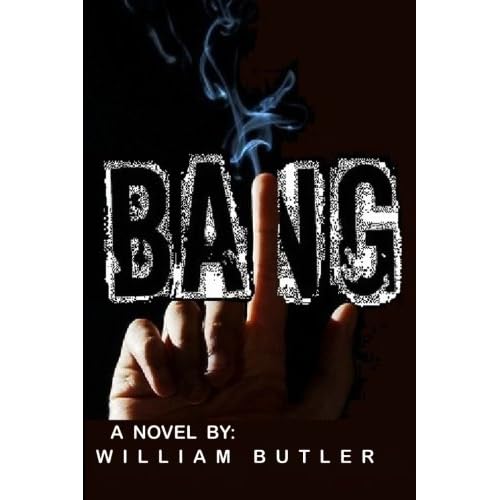 Bang is a drama/thriller with a juicy plot. Go to Amazon.com now and get your copy today! Demand it in your bookstores.
Love you all!! XOXO
Posted by Unknown at 7:16 AM No comments:

On Sunday January 2, 2011 I had lunch with a special friend, who I will call "A" here.
I've known A for eight years now.  It was crazy how much she has grown up.  She has been spending most of her time in London as of late, so seeing her on a regular basis isn't possible.  But we keep in touch through BBMs.
She recently came home for the holidays to visit family and well yours truly.  I was so excited to see her.  We booked a date at The Cheesecake Factory in Raleigh for a lunch.  I wanted to show her my book and catch up with what was going on with her.
She showed a little after One and we finally caught up.  She looked fantastic wearing a cute black top and blue jeans.  Her hair was different-more mature and less sassy-but never the less fantastic on her.  She wore a single necklace that didn't hang too low.  Overall her look--to me-- was very European.  She was very relaxed and yet excited to see me.
I wore a casual red flannel shirt and blue jeans myself.  My sleeves were rolled up which gave me an Abercrombie look...
The lunch was nice and I ordered a drink--a typhoon punch--yummy-yum-yum.  She took a naughty picture of me biting a cherry (such scandal) lol.  I kept laughing so there were several takes and I still think I looked goofy in them.
A, became excited when she saw my book.  Her hands eagerly reached for it and took it from my hands.  She thumbed through it reading the dedication and Acknowledgements (which was more of a Thank You letter to everyone).  I felt bad because my dedication was short and precise and I didn't include a lot of people that I loved and wanted to dedicate the book to.  But I said their would be more books and I bunched her into the category of my friends and family at the theater...
We laughed as she read off the chapter titles, her mouth dropping at some of them.
"I can remember reading the first draft of this book," she said.  I could too.  It was horrible, but she wanted to read it.  A, was only seventeen when she first read BANG.  "I remember how it shocked me and disturbed me at the same time."
"It was a disturbing story," I recalled.  She laughed as she eyed the cover.  The cover is of a hand forming a gun with smoke coming from the index finger, but if you just glance at it, it looks like the book is giving you the middle finger.  "The book became better as I worked on it," I said.
"Did it change a lot?"
"Some what," I said.  "I developed the story line and the characters."
She paused for a moment..."How did the original end?"
"The original had a double ending, where this one kind of does too, but very different. The ending in this version is more dramatic and ambiguous," I said.  I told her that I planned on writing a sequel to it after I finish the other five novels I had planned before it.
A, asked me if I had a marketing strategy and I told her what I had planned.  I told her about my blog "Bang Noir" and of course my facebook pages.  I also pimped my book out old school style by going into book stores and introducing myself and showing them my novel.  I set up a few places to share my book with and they said that they would stock the book.  I also have plans on doing book signings at several locations around Raleigh and even Cary.
A, became excited after telling her this.
"I hope it works out for you," she said.
"Me too," I said.  "I worked so hard to get to this point and I'm really doing it all on my own.  Everything that I'm doing to promote my novel comes out of my pocket."  Which is true.  A lot of things are not free and to find a free outlet to advertise my novel isn't easy, but I keep looking.
We took a few more pictures of us holding the book and even got our waitress involved.  Overall the lunch was fun.  I like having fun when I go out (even be a little daring too).
My next step is to have a group of use invade Outback for my book release party!! Which will be on Friday the 7th.  I will tell all of you about it.
Please go out and get yourself a copy of BANG which is in paperback January 7th 2011!!  It's currently out as an ebook on Smashwords.com and Amazon Kindle.  If you get a copy and want me to sign it please let me know...I would be glad to meet with you and discuss the book as well!! :) 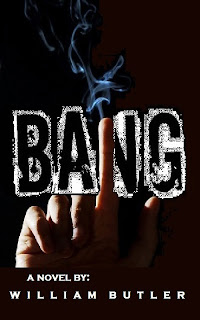 A and I parted ways in the rain and I walked back to my car with my cheesecake I bought.  It was a beautiful lunch with a great friend.  I can't wait to see her again, maybe one day in London...
Thank you everyone! I wanted to share this with you and I welcome comments and questions.
XO
Posted by Unknown at 3:04 PM No comments:

BANG available in the UK on KIndle

Ok UK!!!! I'm on the Kindle in your area...and soon I will be in paperback there too!!  Check me out.  Also check out my other short stories....


I'll Make You Remember Me 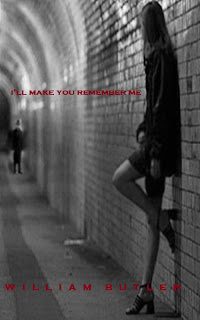 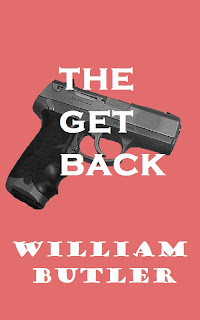 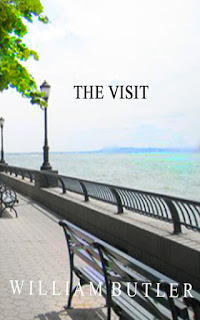 All Available on the Kindle in the USA and UK!!!!
Posted by Unknown at 6:45 PM No comments:

Email ThisBlogThis!Share to TwitterShare to FacebookShare to Pinterest
Labels: Amazon.com, Bang, ebook, I'll Make You Remember Me, the get back, The Visit, William Butler
Newer Posts Older Posts Home
Subscribe to: Posts (Atom)