Interview with Jake Bannerman for his novel The Pitchfork Diaries

Please join me once again with Jake Bannerman who has been kind enough to answer some unorthodox interview questions for Bang Noir. After his last post with The Obligatory Fuck You post, you may understand what I mean when I say the questions in this interview are not what I would normally ask just anyone. If you missed his guest post here is a link to it. Please read and enjoy and feel free to leave any comments or other questions you would like to ask Jake. Thank you.


The Obligatory Fuck You 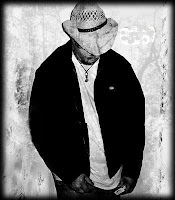 Author Information: Born and raised in the church, J.S. Bannerman has taken the dangerous stance to question events that have been spoon fed to him as the truth since his childhood. He continually pushes boundaries as a purveyor of terror and often strives to find that disquietude that exists inside each one of us. He is a nomad, calling no one place home; choosing the life of a traveller while on the mission of writing the Family of Dog series. As a result you may find him in your town, writing at your local pub, crafting tales of horror so terrifyingly depraved and heartbreakingly cruel that you would never believe that they come from a mind as normal as his. Just beware, because within each tale is a message; it’s just up to you to figure out what it means.

The Pitchfork Diaries is a collection of short stories and prose unlike anything you have ever read before. Even the darkest and most violent imaginings of your mind cannot come close to matching the horrors contained within.

J.S. Bannerman, a new name in the horror genre, has skilfully woven a collection of tales that will inescapably work their way into your psyche, take up residence and relentlessly haunt you. Prepare yourself to be confronted by words that will threaten to shake the foundation of everything you thought you knew; no truth is too uncomfortable, no thought too gruesome to share.

All are invited to read The Pitchfork Diaries. Many will never be the same.

The Pitchfork Diaries: Volume One Links:

Born of the Flickering:
The back room was rarely used these days. Once, it had been the room where the sisters performed the ritual of baptising the infants. The old bird bath baptismal font now stood abandoned and forgotten in the corner of the room, wispy cobwebs covering it beneath the patched and faded purple sheets that had been draped over the top, hiding the once sacred tool of Mother Mary. The room itself, with its dirty stone walls, a once luxurious deep red carpet and elegantly stained glass windows was six steps down from the main building itself, almost like a basement. It was reminiscent of a room that you might imagine finding in an old English castle, with its thick iron chandelier and its flame shaped bulbs protruding out of the top, though they too were now neglected and covered in cobwebs. The cleanliness of the room was no longer of importance, for it had a new purpose: sacrifice.

THE INTERVIEW:
I thought long and hard at what I wanted to ask you during this interview. I thought about all the typical questions and more typical questions, but I realize that you are not the typical person. This is great for someone doing an interview because anything goes. :)
So before I started these questions I re-read your blog post for me: The Obligatory Fuck You and I was inspired. So here we go...

It's called Jazelle and features Satan as a woman. In one scene, she decapitates another woman and then the decapitated head eats Satan’s pussy out! It is fucking amazing! I am also a huge Christy Canyon fan; she is so gorgeous!!!! I was on her radio show not too long ago talking about the book!!

2. Life is full of violence and fear. You capture this in a graphic way with your writing. Do you think you can be too graphic at times?

No, I do not think there is such a thing as "too graphic". Situations in my books breed on description and I'm not writing about unicorns and lollipops! My stories are about the nature of the beast in mankind and if you look back, graphic does not even scratch the surface of the evil that mankind does. And violence is part of life; it affects us all even if we do not want it to.

3. What is too graphic for you?

Refer to the answer to question 2.

4. What do you have to say to anyone who feels like your work is trash or horrible? I ask this because I've got some nasty comments over being graphic.

Don't fucking read it! The same thing that should have been said to people who called Elvis garbage, well they missed the boat on that one now didn't they? People thought Steven King was bad, remember? So what do I say to them? Fuck off and go read Goosebumps, ok!

5. If you could change something about the world what would that be?

Oh man tough question! I wish people used their own minds. I HATE the herd mentality.

6. Jack and Coke sounds like a drink my character Dina, from my book BANG would drink. What are some of your other favorite poisons?

7. Back to porn...Have you ever thought of writing a complete smut novel? I mean a full raging hard-on fuck book.

I have never really thought about it, this will surprise people but I am very shy and quiet. The sex in my stories is used for contrast; beauty to terror. It would be hard for me to be serious about writing a fuck book though if I ever did it would be called: "I Ground a Nun’s Cunt While Children Watched" or "Teaching Children to FUCK!"

I found it at a baseball field in Sayreville, New Jersey

9. When did you have your first drink?

I grew up in a house with 2 brothers and a sister. We got shit-faced on Bloody Mary's when I was like six... LOL

10. Is the "Necronomicon" one of your favorite books or is there more? I once owned that book myself.

I read it, the mad Arab on like a spiritual acid trip. It never did much for me. Though it was very interesting.

11. Do you read HP Lovecraft? Silly question but I associate the Necronomicon with him.

I do not know much about Lovecraft, though Metallica's Thing That Should Not Be is based on Lovecraft if I remember correctly.

12. Horror is what you write, are these some of the visions you have when you sleep or wake? In other words what brings about a story before you write it?

I do not have nightmares. My dreams usually include sex and wealth to be perfectly honest. My stories always start with a title. I have millions of them in my head; it is like a never ending Rolodex of titles in there. Let me whip one up for you; Under the Fingernails of Judas. Easy! Nothing really prompts me. It's like I'm possessed when I write. Maybe the devil takes me over. Sometimes I go back and read my work and I am like fuuuuuuuck!

13. What's your favorite type of music?

Impossible to say! But if I had to pick one genre to listen to it would be 50's New Orleans jazz.

14. Do you listen to music when you write? I'm curious what the soundtrack is for The Pitchfork Diaries.

In the original first drafts I posted what I was listening to at the beginning of each story, but I can tell you exactly what I listened to!
Volbeat, Ghost, Vanessa Carlton, Squirrel Nut Zippers, Katatonia, and Be Bop Deluxe.

I will change my playlist for my next book K-13 I have the music lined up already:

15. Do you feel like too many people shelter themselves from truth by escaping into sparkling fucking vampires?

Oh no doubt about it! Running away into fantasy to escape reality is huge business. Look at how many people are addicted to Facebook, twitter, and television. The truth sucks so let's look the other direction!!! So sad but true! Though I do support things like twilight because it opens doors for young people to get into evil.

16. As the writer of your book I know it's hard to choose a favorite, but which out of everything you wrote in The Pitchfork Diaries is your favorite? And why?

Scarecrow’s Lament and In the Mouth of Butterflies. Scarecrow because it was my first short story and it is fucking awesome. It outsold all the other stories big time! Butterflies, which was a last minute addition to Pitchfork and was super limited. If you got a copy with Butterflies, you are lucky! Butterflies is easily the most controversial thing I have ever written. It is from the eyes of the pilot of the plane that hit the first tower of The World Trade Center and his rational that jihad is a force to be reckoned with because it is powered by man’s desire for pussy. Which is completely true!

17. I hear The Harvest will be out soon. Are you ready for it?

18. What can we expect from its release? If you can share anything.

It is very different than Pitchfork. It is a novella in the 40,000 word range and it is an in depth story about a group of people who sue Satan to get their souls back. He comes and raises hell literally! It will floor you. It's insanely controversial and it's a subject that has never been approached and I did it the Jake Bannerman way; to the furthest extreme possible!

I was thinking of the final question to ask to close this interview and here is what I got...

19. With everything you have ever done in life and in your writing, can you please sum up your entire existence into one or two words?

The Devil’s Advocate
Posted by Unknown at 8:00 AM