Children of Discord: Second Book of The Gastar Series By C.C. Cole A Book Review By William Butler 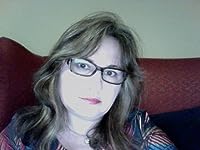 BIO:
I'm C.C.Cole, award-winning medieval dark fantasy author of the Gastar Series. The series of four novellas, when completed, follow teen assassin Shevata as she journeys through the history of her home city of Gastar to seek redemption for her past actions and to re-gain her soul.

The first novella, "Act of Redemption" was published in 2009. Shevata makes a mistake by killing a group of evil priests without a death order. Two centuries later, she is released from imprisonment, realizing her soul was removed. Along with a trio of soldiers from the past, they defend the remnants of Shepeople remaining in the fallen city of Gastar from the evil demon lord Zermon.
The second novella, "Children of Discord" was published in 2011. Shevata searches for the evil treacherous boy Goldeon, who assisted the enemy in the fall of Gastar. She is summoned back to Gastar by a group of unlikely allies. The growing city has forgotten much of the city's dark history, and the clash of the two dangerous children place the unknowing people of the city in danger. Shevata takes her first steps to re-claim her humanity at the book's dramatic end.
The lead character Shevata won an action heroine poll on Goodreads, "Act of Redemption" has been listed as #1 on Goodreads' Best Independent Novel, and "Children of Discord" won an NABE pinnacle award for fiction in 2011.
Mississippi is my home, I live a suburban life with my family. Schooled in the medical field, along with writing, other interests include martial arts, adopted greyhounds, medieval and 20th century history. 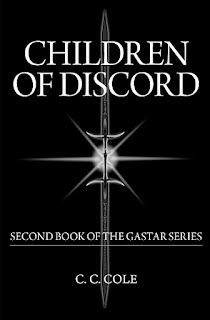 C.C. Cole does it again in this huge sequel to Act of Redemption. She has given us a story about good and evil. Death and rebirth. Right and wrong. Revenge. With a battle of wits by two ancient children. C.C. Cole pulls you into Shevata's world, her past, all the way up to the events that happened in the first book. All the while she tells the story of Goldeon's past with Shevata. All this and more until you reach the last page. A book I was unable to put down and kept thinking about if I did. The ending, which I will not spoil was amazing! A cliffhanger at that.

Shevata is back! And this time she's taking on the boy Goldeon. Beware her wrath! Goldeon, named after the color of his hair, had taken over a new form of demon--the vampire. He takes over the vampires in order to perform raids on the Great City of Gastar. A new city, which has risen up from the ashes of Zermon's Hell. As you might recall in the first book Zermon was trying to create Hell on Earth, but Shevata prevented that from happening.
In Children of Discord, the vampires, out of desperation, summon Shevata from Hell. They need her help to fight against Goldeon, but it only seems to have caused them more harm. Shevata doesn't really care about blood-drinkers. And after a intense fight scene as Shevata manifests into the material world, she spares one vampire, Simon. She spares him to help her in the fight against the boy Goldeon.
Armed with a double sword attached at the hilt (Two swords are better than one and she definitely knows how to handle the sword with slashing ease). What I liked most about this book was the use of a Cloak and Dagger approach to the story. Shevata maneuvers her way around Gastar with invisible ease. She manipulates the players to reach an end to the means...I might add not for selfish reasons, but to help out the future of Gastar. Though she also wants to catch Goldeon, who seemed to have rooted himself into the royal family of Gastar through Changeling means.

I recommend this book to anyone who loves dark fantasy novels. I give it five stars!! But with any sequel you have to read the first one before the second book and the second book before the third one! The third book to Gastar I hope will be out soon. I'm biting my nails and tapping my foot while I wait.

CHILDREN OF DISCORD AMAZON PAPERBACK
Posted by Unknown at 2:54 PM